How Much Do Consumers Pay Annually In Credit Card Late Fees? 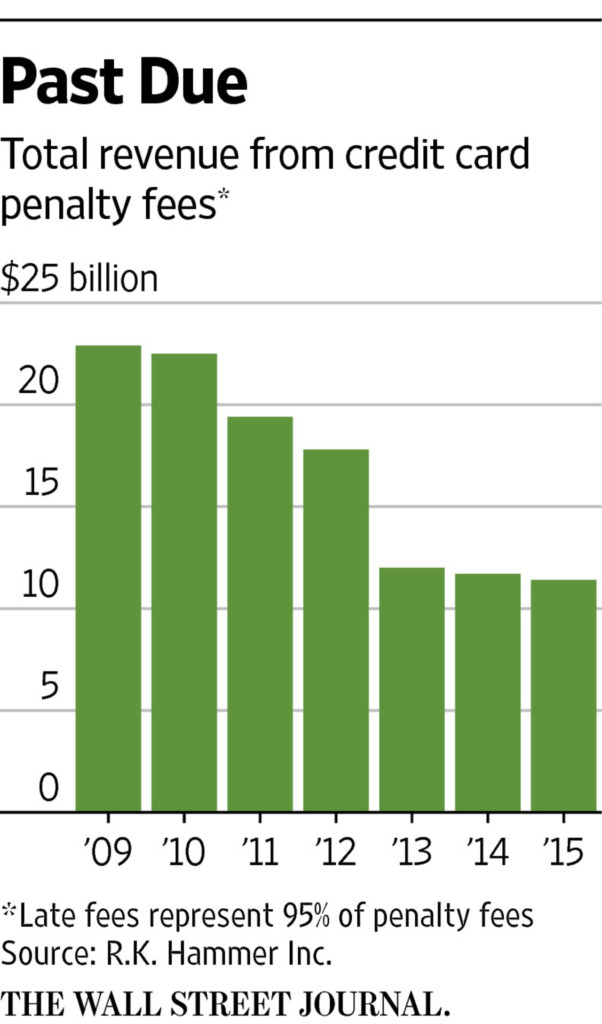 Other interesting facts from the WSJ article:

Roughly 20% of active credit-card accounts incur a late fee, according to CFPB data. Based on numbers from industry newsletter Nilson Report, that represents about 170 million accounts.

Credit-card companies collected $11.4 billion in penalty fees last year, according to R.K. Hammer Inc., a consulting firm that specializes in the payments industry. That isn’t far off the $11.8 billion they earned from annual fees, but its down by roughly half from 2009.

Some issuers are trying to attract new customers by not charging late fees. Discover and Citigroup waive fees on a first late payment on certain cards. Pentagon Federal Credit Union’s Promise card advertises that it has no late fees. Consumers can often avoid late fees just by asking their card issuer to do so.“About 90% of people who ask for a late-fee waiver get it, but only about 25% of people even ask,” says Matt Schulz, senior industry analyst at CreditCards.com.