Question of the Day [AAPI Heritage Month]: Eric Yuan (who is worth over $13 billion) is founder and CEO of what company? 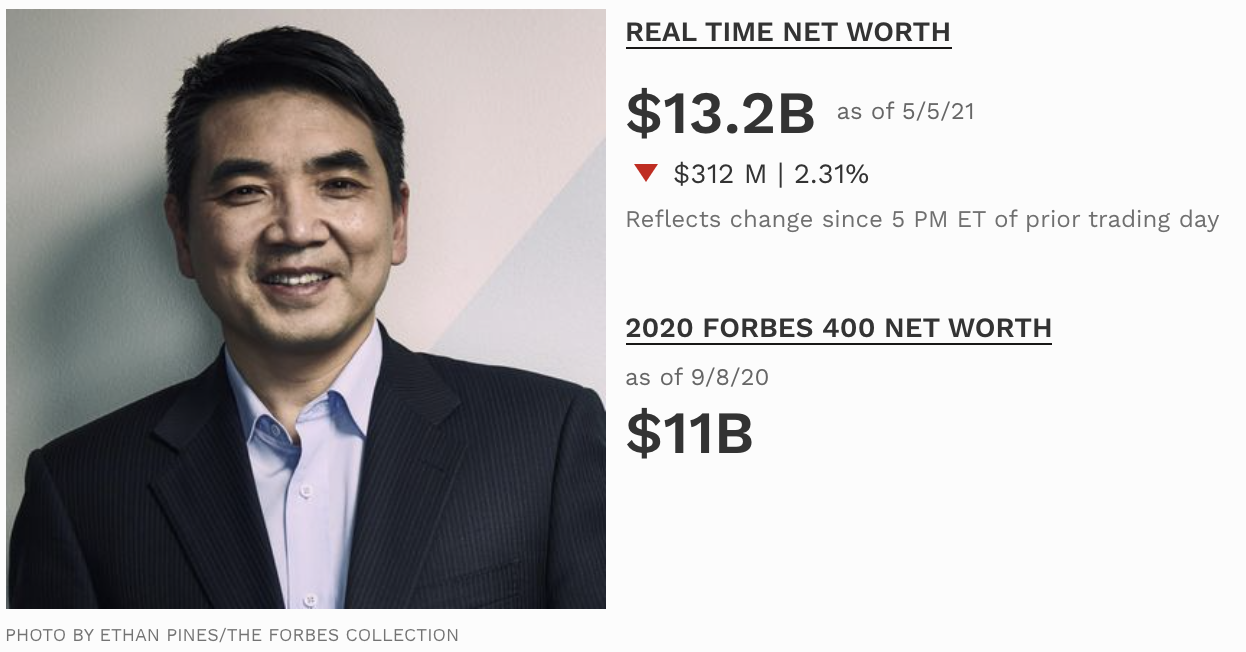 Behind the numbers (Forbes):

"Eric Yuan is the founder of Zoom, a video communications tool that went public in April 2019. He was previously a manager of WebEx at Cisco, which acquired the video conferencing company in 2007. Born in China, Yuan move to Silicon Valley in 1997 after eight failed attempts to obtain a visa.

At the IPO, Yuan owned 22% of Zoom, which was valued at just over $9 billion before trading began. An avid basketball fan, Yuan attends his children's games and counted Golden State Warriors player Andre Iguodala as an investor."

Check out this video of Eric Yuan discussing his path to creating Zoom!

To receive a Question of the Day in your email inbox, subscribe to the NGPF Blog.

New to NGPF?
New to NGPF?
Teacher Toolkit
FAQs
Contact Us
Our mission is to revolutionize the teaching of personal finance in all schools and to improve the financial lives of the next generation of Americans.