Question of the Day: What percent of Americans bought a lottery ticket in the past year? 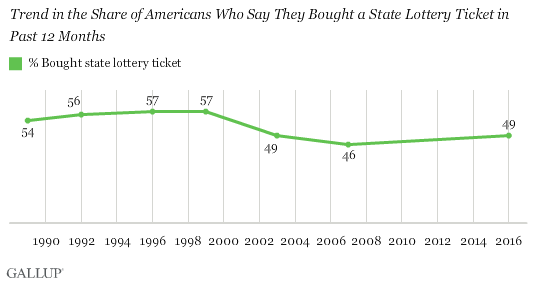 Behind the numbers (Gallup):

Roughly half of Americans say they have bought a state lottery ticket within the last year, similar to the figures recorded in 2003 and 2007, but down considerably from the 57% who said they played the state lottery in 1996 and 1999. This trend has occurred even as the number of states with lotteries grew over this period from 37 states and the District of Columbia to 44.

See how your students fare playing the lottery with this new Interactive: Win the Powerball!

When I started working at Next Gen Personal Finance, it's as though my undergraduate degree in finance, followed by ten years as an educator in an NYC public high school, suddenly all made sense.