Investing Activity Idea: How Can a Jar of Jelly Beans Teach Students About the Stock Market?

How can we teach students about the stock market when they have no investing experience?

I listened to this Masters of Business podcast with Barry Ritholtz interviewing investor and author Joel Greenblatt and picked up a few good ideas. Joel is not only a practitioner (a very successful hedge fund manager) but also an educator having spent the last 20+ years as a professor at Columbia Business School. Joel described the challenges of describing the stock market to a group of 9th graders at a Harlem high school and the ingenious idea he came up (about 48:20-51:00 in podcast):

Here were the results from his experiment:

How does this relate to investing:

I can't wait to try this with my class later this summer. Stay tuned for an update to this post.

Update (7/13/18): Each of my three sections had similar results in that the index card average (aka "private estimates") came very close to the actual answer. When they had an opportunity to discuss with others and change their answer and had to state it publicly ("the public answer"), the average dropped dramatically and moved further away from the average.

Here were the most dramatic results from section 2: 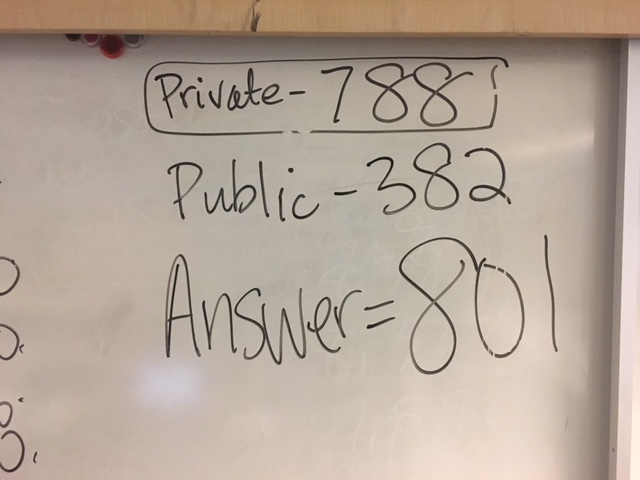 Three other teacher tips for this activity:

Here's what happened in Jackie Prester's classroom when she ran this activity: 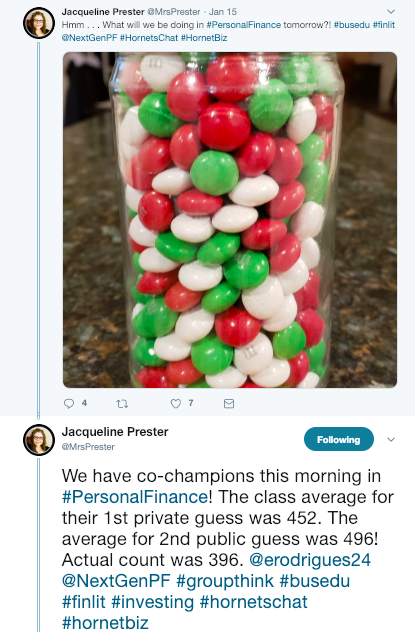 Budgeting Activity: The Bean Game and some extension ideas