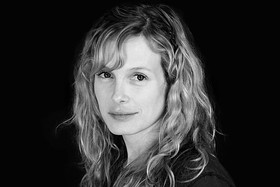 I first heard about the game Spent from podcast guest, Helaine Olen. She described it as one of the best simulations in how it immersed the player into what it feels like to live “paycheck to paycheck.” After playing the game in our offices, we agreed with her, wrapped an activity around it with discussion questions and added it to our Interactive Library. Teachers are glad we did since we are constantly getting feedback like this about the impact of the game on students:

It helped students have empathy for those living from paycheck to paycheck. Students were often faced with choices for which there was no positive outcome, regardless of the choices they made… Students said they really struggled to make some of the decisions, many of which they would not have made had they had a greater income. Completing the simulation helped students understand that often those living from paycheck to paycheck are doing the best they can. They realized how unexpected events can simply leave a person living paycheck to paycheck penniless. Faced with the reality of what they experienced, students also committed they wanted to work hard to earn an income so they never face the reality they experienced in the simulation.

Thanks to Jenny Nicholson of McKinney (a design agency) for sharing the story behind Spent in this podcast. She discusses the original goals of building the game for a local non-profit, how she developed the challenges in the game, and her personal connection to the game. She also describes her reactions to the unexpected feedback she has received about the game and the important personal finance lessons that can be gleaned from it. NGPF has recently partnered with Jenny and her firm (McKinney) to build a game modeled on Spent that addresses all the decisions that come with “going to college.” She provides a teaser on what to expect from this game, which will launch in August. Enjoy the podcast and be sure to try out the Spent Game too!

Question of the Day: What's the Cost To Repair an iPhone?