For the EdPuzzle version of this activity, click here.

This week's FinCap Friday takes a look at some of the recent data regarding the financial habits of the newest generation of spenders... Generation Z! After looking at the major differences between Gen Z and the previous generation, called Millennials, student will better understand the current financial state of the oldest members in this new generation and why they're making decisions slightly differently compared to the generations that came before before them. 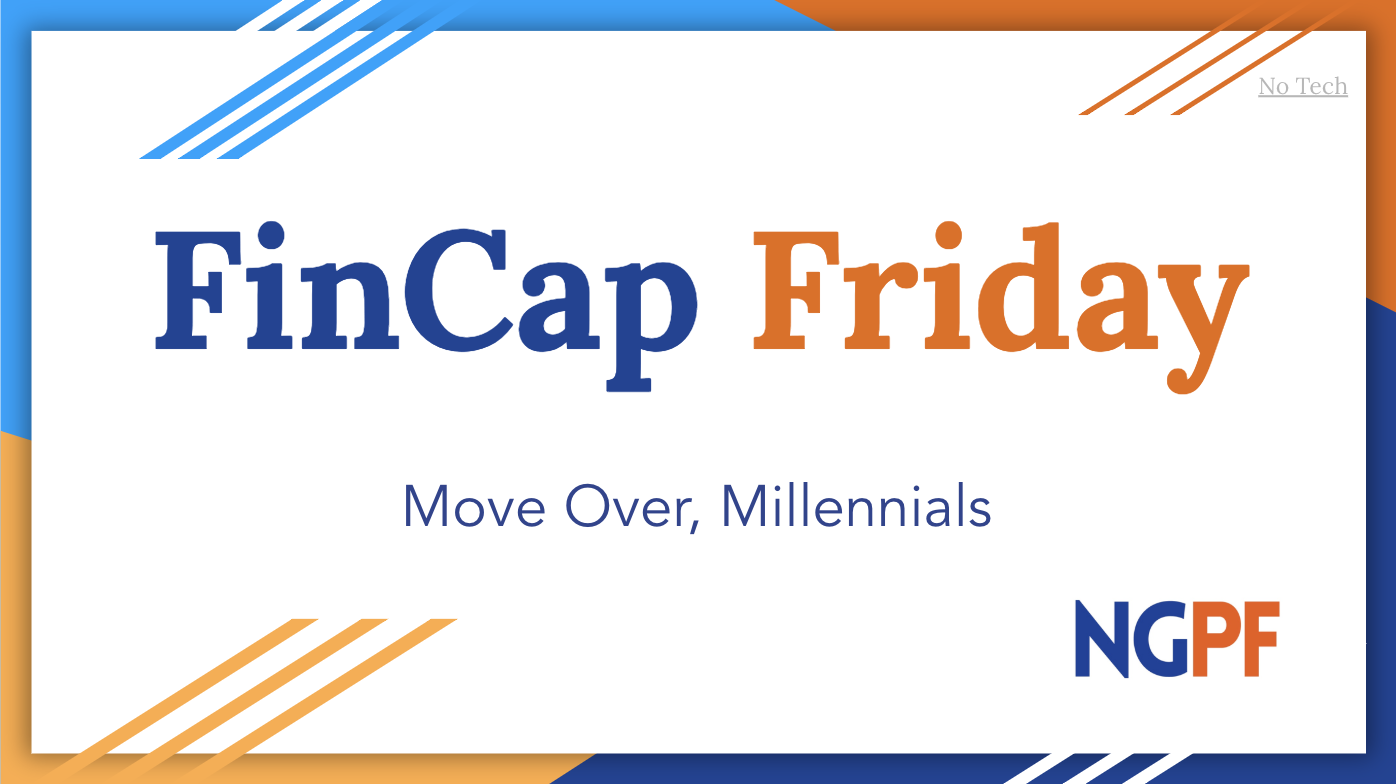 If you're short on time, try our simplified version of FinCap Friday (No Tech), which has the questions embedded right into the slide deck!

Check out all of our FinCap Friday episodes here. They're not date-dependent so any of the 50+ in our catalog dating back to August 2018 can work throughout the coming year!