Question of the Day: What is most cited reason people give for not having a bank account?

Answer: Do not have enough money to keep in account 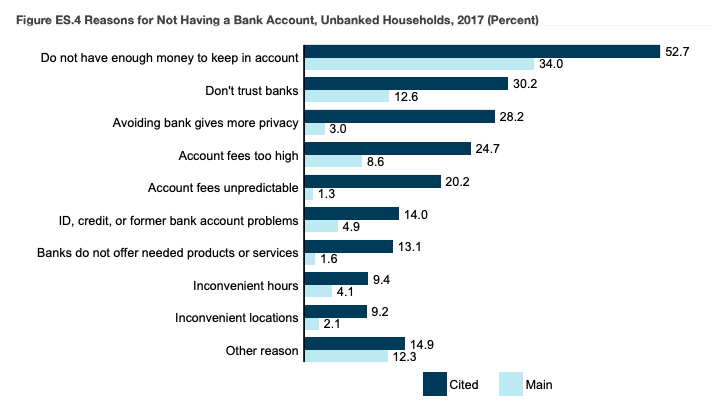 Cited = named as a reason for not having an account

Main = percent of respondents that listed the reason as the main reason for not having an account.

Behind the numbers (FDIC National Survey of Unbanked and Underbanked 2017):